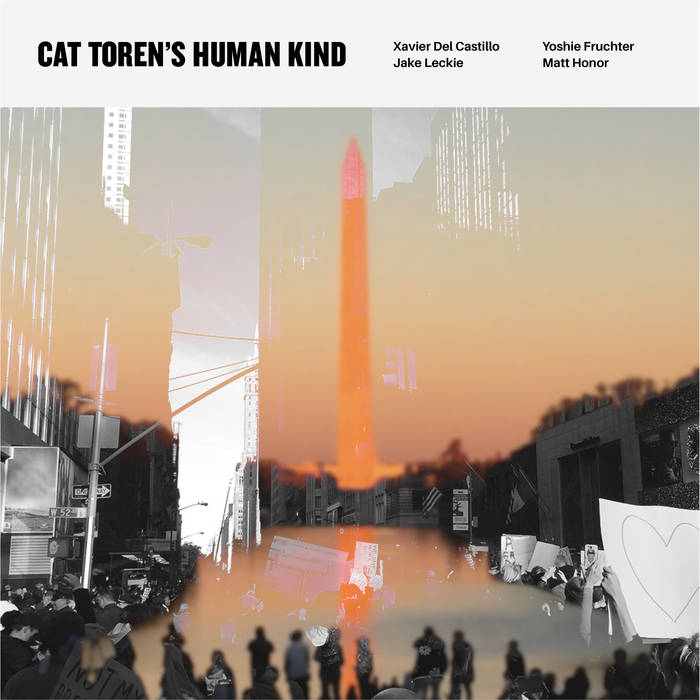 Rob O. MUSICAL MASTERPIECE! Human Kind is one of the most important albums of our time. Cat Toren leads a politically charged project to public awareness. At first listen one can't help but think of Trane perhaps the song Alabama or Love Supreme and the period that follows. But after further inspection the music becomes its own original, cohesive work of art. The use of the Oud on the first track Regression is brilliant. Cat's piano work on Sanctuary City is energetic and inspiring. The upright bass is classic. Drums drive the music forward and the sax glues it together. This is avant-garde at it's finest. Very well done!

karl schönswetter No, it's not a rebirth of an old sound. It's a meditation to remember the things, which are still relevant. Favorite track: Soul.

LAWN OF THE DEAD

PROCEEDS GO TO THE ACLU!

LINER NOTES
These compositions are inspired by both the free form jazz of the 1960’s and a personal expression of the resurgent civil rights movement that is upon us. Jazz has always been music of expression and of the people. In the late 60’s, as John and Alice Coltrane and their contemporaries were bringing jazz to new levels of experimentation and cross-culturalism, the sociopolitical climate was fraught with tension. There were benefits held for the Congress Of Racial Equality (CORE) at the infamous Five Spot Cafe, Nina Simone was singing “Mississippi Goddam” at Carnegie Hall and producer/concert promoter Norman Granz was demanding that venues adhere to mixed seating for his Jazz at the Philharmonic tours which featured artists such as Dizzy Gillespie and Ella Fitzgerald. America has come a long way, but this recent regression is a wake up call that the work is far from over. Some feel uncomfortable as liberal values creep into their communities (when you’re used to privilege, equality feels like oppression - anon.) while others don’t see civil liberties as a primary issue. In keeping with tradition, this album will benefit organizations that fight for civil liberties and human rights.

“Well, I think music, being an expression of the human heart, of the human being, itself, does express just what is happening.”
—John Coltrane Interview with Frank Kofsky 1966

The HUMAN KIND project believes in an understanding that what happens to your neighbour is held in humanity’s shared unconscious mind and is passed down generationally until our efforts transcend this unconsciousness. Americans recently decided how they would cast their vote based on their personal priority issues. If our collective priorities do not include making a considerable effort toward the public good - gender equality, racial equality, equal rights for the LGBTQ2 community, freedom of religion, the right to clean air and water, basic healthcare and quality education for all - as a minimum requirement, then we suffer as a global community. When the perceived health of one’s tax bracket is of greater concern than the health and happiness of others, we enable this suffering. This music is meant to nourish the initiative to crack the door open to see outside one’s sphere. It is meant to abate ignorance and stoke the fire of compassion. It is meant to energize the soul so that we the people can mobilize, organize and get out there! It is meant to touch the spirit and keep the faith. It is meant to inspire so that we might begin to take steps to transcend unconsciousness.

This is precisely the time when artists go to work. There is no time for despair, no place for self-pity, no need for silence, no room for fear. We speak, we write, we do language. That is how civilizations heal.
— Toni Morrison

Gratitude:
Xavier, Yoshie, Jake and Matt for their incredible musicianship and commitment to the project. Jesse Math, I could not have done this without you. Peter Herd for his generosity. Chris Gestrin and Daniel Stettner for their hard work. Nou Dadoun for the conversation. Jesse Math and Josh Hildebrandt for help with the text. The ACLU. Mom, Dad, Jan and Kirsten. And, You.

Bandcamp Daily  your guide to the world of Bandcamp